How To See Rome in One Day Rome wasn’t built in a day, but we certainly saw all of it in one!

First world problem: having the arduous task of choosing between spending one day in Rome or Venice. This is the predicament Sarah and I found ourselves in, and due to travel time and dinner reservations we had back in Florence (we have our priorities straight), we chose to go to Rome for the day.

My first train ride ever took me from Florence to Rome in just about an hour and a half.  The second we arrived at the Rome train terminal, we made a bee line to the metro and headed towards The Vatican.  Once we got there, the line to get in was easily the length of a city block, but we were smarties and booked a reservation on line, which meant waiting in line for 15 minutes max!! Since we were on a bit of a time crunch, we decided against the guided tour and decided on the audio tour so that we could have the flexibility to listen in on certain items/artifacts/paintings, rather than having to wait with the whole group. In retrospect I think a guided tour would be best, but at least we had the audio tour and were of course able to see the Sistine Chapel, which was pretty impressive. I also enjoyed seeing many of the Vatican’s works of art, some of which included Van Goghs, Dalís, and a whole room dedicated to Henri Matisse, one of my favorites.

After we got our fill of the Vatican, we got in a cab and headed to lunch (we had to carbo load so we could power through all the sightseeing we had yet to do).  Lunch was at Perilli, a down home italian restaurant (you know it’s legit when they close at 3 p.m. for a siesta) that has made many “must eat” lists.  We started with a mozzarella-prosciutto plate, and also enjoyed their fabulous ravioli, and their artichoke tagliatelle.

A few glasses of wine and some pasta later, we were able to continue on our journey.  Without a good internet connection and a map, it was tough to  decide which form of transportation to take to go to the Colosseum. We ended up cabbing it because we didn’t want to waste time figuring out where the metro was, or the bus schedule. Alas, we came upon the Colosseum: Kinda weird to see it just right there, just hanging out in the middle of the city.  I’ve heard that the pyramids of Giza are like that, like all of a sudden you see the pyramids, and then there’s a McDonald’s.  Either way, it was pretty cool, it’s amazing to see such a huge edifice built by human hands, and all the history that went on in there.

Once inside though, it’s pretty freakin’ cool! Again, another instance where we could have done a guided tour, but we figured we could read up on it later, although they do have a section where it’s set up like a museum, where you can read up on the history of the colosseum, see drawings on it on how it would have looked back in the day, etc.  Oh yea, and Prince Harry visited about a week after that.  We were there a few days too early. Next stop on our list was St. Peter’s Square, and we did a quick little drive by of the Spanish Steps.  This picture doesn’t do the place justice. As soon as we got to St. Peter’s Square, we took one look at the lines to get in to the basilica, and decided we didn’t have enough time to do that (add that to the list for next time), so we decided to go get a gelato, take a peek at the Trevi Fountain, and happened upon the Pantheon!! The Spanish Steps are just down the street from The Colosseum Now that I’ve seen the size of Rome, I’m kind of impressed that we were able to see so much, but then again a) we kind of breezed through what we could and b) everything was relatively close together, at least a short cab ride away.  We did spend a bit on cabs, but that was the only time during this trip that we paid for a cab (we walked everywhere in Florence). 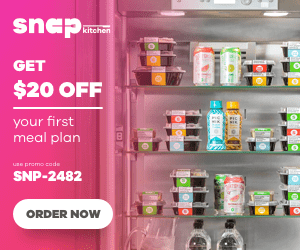